Thanks to having a teenager and the world of social media, I have become a bit more aware of topics that are trending. So when my daughter asked for chlorophyll drops/water, I had to look more into what this latest fad was all about!

From wheatgrass shots to celery juice, green beverages have long been a staple in the world of wellness. The latest green drink to make its way into the spotlight: chlorophyll water.

Think back to your middle school science class and you’ll remember that chlorophyll is the molecule that gives plants their green color. Its main job: to convert sunlight into energy through photosynthesis. It’s a true plant powerhouse.

As you can probably guess, green plant foods—like spinach, broccoli, collard greens, wheatgrass, and spirulina algae—are all rich in chlorophyll. (Yes, you’re getting chlorophyll when you eat your veggies.)

So What’s the Deal?

According to its fans, there’s nothing that chlorophyll can’t do. But the science isn’t quite so cut and dry.

Some research shows that chlorophyll has some anti-microbial properties (meaning it guards against potentially dangerous microorganisms), it’s long been used to help heal wounds. However, most studies only focused on the benefits of chlorophyll-containing ointments applied to the skin, not chlorophyll water that you drink.

Research on the stuff’s other skin-boosting benefits also focuses on using chlorophyll on the skin itself.

Another of chlorophyll water’s supposed claims to fame is that it can help you lose weight. Claims about chlorophyll and weight loss are taken from one small study, which is definitely not enough to say chlorophyll definitively results in weight loss.

Some research shows chlorophyll can help prevent cancer in animals and may help reduce risk of liver cancer in high-risk populations. However, it’s not clear if chlorophyll would have the same effect in lower-risk people.

Does chlorophyll water have any negative side effects?

Though chlorophyll water may not be some miracle drink, there’s no harm in trying it. Just be prepared for the fact that it might give your poop a weird green tint.  The amount of chlorophyll in food — like a pile of salad greens — is considered safe. But limited information exists on the doses in supplements, which may be higher. Supplements are also not regulated by the Food and Drug Administration. In addition to reading the ingredients carefully, it is recommended to look for a third-party certification.

While chlorophyll may be a powerhouse nutrient in plants, those benefits may not translate when you take the compound out of plants and turn it into drinkable form.

As it stands, very little scientific evidence supports the claim that drinking chlorophyll water does anything more than drinking regular water.

So bottom line is we need to take a better look at our overall diet and not one thing as being a cure all so drink more plain water and eat your veggies!! 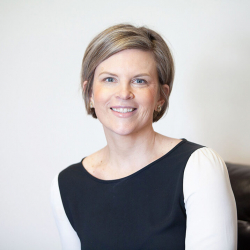 Heather Irwin, MS, RD, LDN
Heather Irwin, MS, RD, LDN is a licensed registered dietitian and has been practicing nutrition counseling at Bodymetrix Health & Wellness since 2016. While studying at West Virginia University, she discovered her passion for nutrition as well as leading an active lifestyle.She went on to receive her Master of Science Degree from Marywood University with an emphasis in Clinical Nutrition. 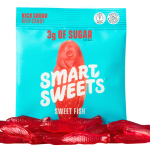 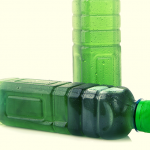 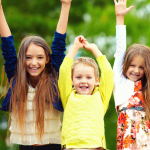 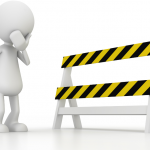 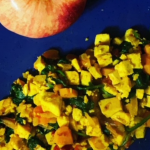 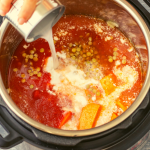